A Daughter of the Samurai

A Daughter of the Samurai tells the true story of a samurai’s daughter, brought up in the strict traditions of feudal Japan, who was sent to America to meet her future husband. An engrossing, haunting tale that gives us insight into an almost forgotten age.Madam Sugimoto was born in Japan, not in the sunny southern part of the country which has given it the name of “The Land of Flowers,” but in the northern province of Echigo which is bleak and cold and so cut off from the rest of the country by mountains that in times past it had been considered fit only for political prisoners or exiles.Her father was a Samurai, with high ideals of what was expected of a Samurai’s family. His hopes were concentrated in his son until the son refused to marry the girl for whom he was destined and ran off to America. After that all that was meant for him fell to the lot of the little wavy-haired Etsu who writes here so delightfully of the things that happened in their childhood days in far-away Japan. 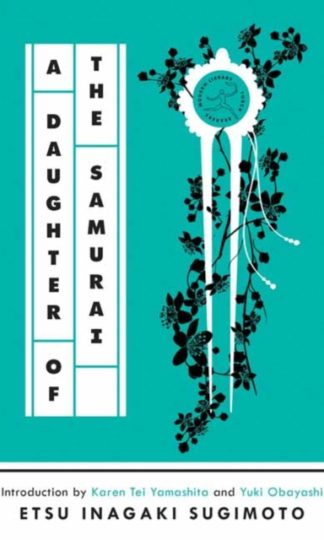 You're viewing: A Daughter of the Samurai RM79.95
Add to cart
Join Waitlist We'll alert you as soon as the product comes back in stock! Please leave your email address and quantity sought in the fields below.